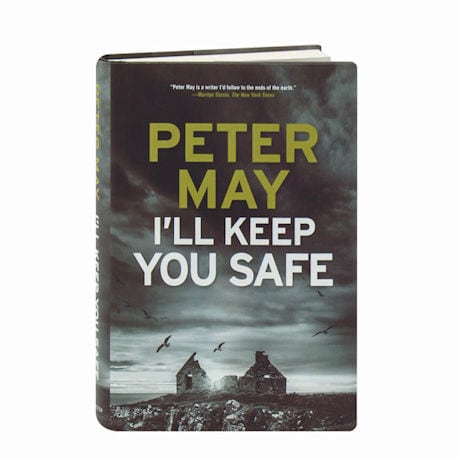 Nominated for the CWA Dagger in the Library Award, this standalone thriller from Peter May alternates between the glamour of the Paris fashion world and the rugged beauty of the Isle of Harris. Niamh and Ruairidh—friends since childhood and now lovers and business partners—produce a unique version of the legally protected Harris Tweed, though their relationship is beginning to fray. After Niamh accuses him of sleeping with their Russian designer Irina, Ruairidh storms off in Irina's car, which explodes in a ball of flame. Now a prime suspect, Niamh is nearly murdered herself, and realizes that things are not at all what she'd thought.

"A story of love, revenge, dysfunctional families, overwhelming grief, and the feeling of helplessness that it causes, set against the background of the Hebrides.... No one can create a more eloquently written suspense novel than Peter May. His prose evokes a setting that is almost mystical in its untamed beauty."—NYJournal of Books