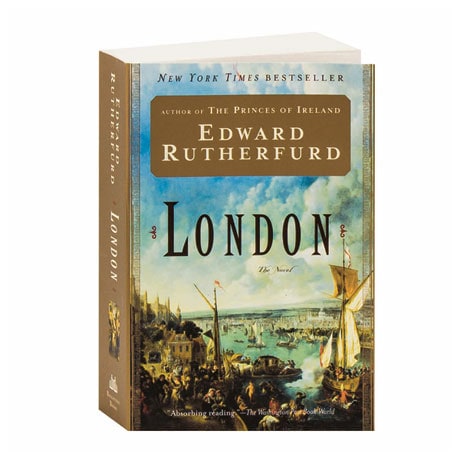 The winner of the Langum Prize and the Washington Irving Medal, Edward Rutherfurd has given us dazzling portraits of some of the world's most remarkable cities and lands, through the sagas of a handful of fictional family lines and encounters with real historical figures. "Like James Michener and Leon Uris," noted Booklist, "Rutherfurd does a magnificent job of packaging a crackling good yarn within a digestible overview of complex historical circumstances."

Following his century-spanning books Sarum and Russka, in 1997 Edward Rutherfurd gave us this kaleidoscopic portrait of London, from the age of Julius Caesar through the 20th century. He brings the capital's long and vibrant history alive through the saga of ever-shifting fortunes, fates, and intrigues of a half-dozen fictional families, alongside those of Julius Caesar, Geoffrey Chaucer, Henry VIII, and Pocahontas.