His Shoes Were Far Too Tight 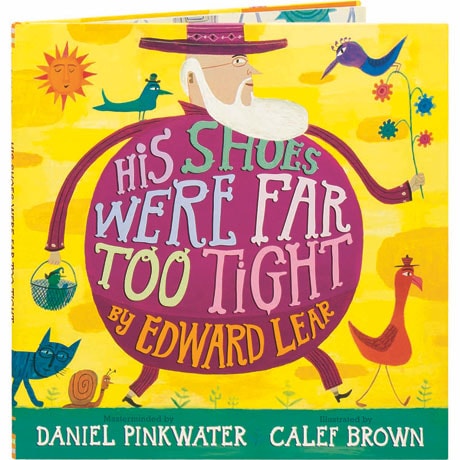 His Shoes Were Far Too Tight

Masterminded by Daniel Pinkwater, who traces his own offbeat humor to a favorite childhood book of Edward Lear poems, this is a modern collection of delicious and delightful nonsense that remains timeless, aided in its caprices by the very nimbly nobbly cartoon paintings of Calef Brown. Lear began publishing his ridiculous rhymes in the 1840s, and some of his absolute favorites are here, including "The Owl and the Pussycat," "The Pobble Who Has No Toes," "The Jumblies," "The Quangle Wangle's Hat," and the "Nonsense Alphabet," for readers of all ages and most especially for reading aloud.