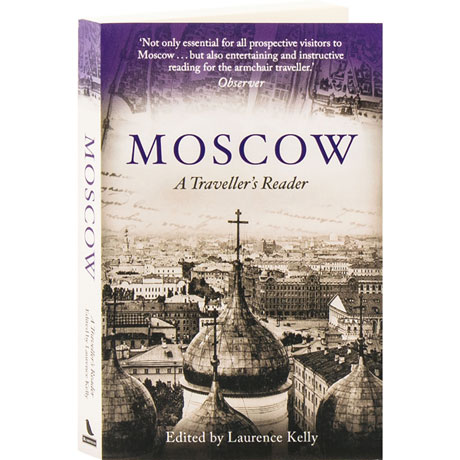 Any travel guide can tell you the best hotels or places to get dessert, but this series instead offers a deep-dive into the history and culture of some of the world's most fascinating cities. Chockfull of excerpts from literary works, these books are worthy anthologies for the armchair traveler, or for those journeying abroad, here is a chance to better understand what makes these cities so compelling.

Founded in 1147, Moscow has been devastated by fire time and again, but with each rebuilding, it grew ever more magnificent, while its people have always been resilient. In this anthology, Moscow's turbulent growth is recorded through the voices of visitors and residents: Peter the Great's bloody reprisals after the revolt of the streltsy in 1698; a visit to the city's brothels by medical students in the 1890s; selections from the memoirs of Catherine the Great; Napoleon's ignominious retreat from the burning city; three stanzas from Pushkin's Eugene Onegin; Tolstoy's visit to the city's slums; and the development of the Moscow Art Theatre.