A Brief History Of The Middle Ages: Scenes from the Town and Countryside of Medieval England 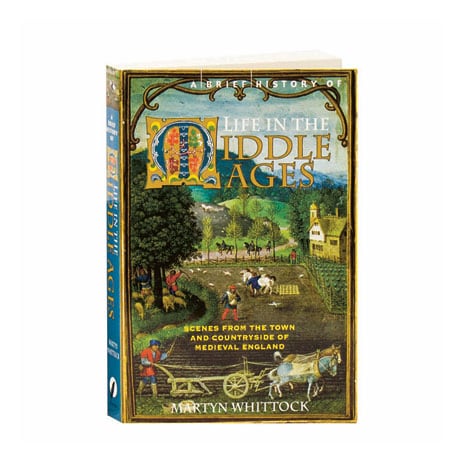 A Brief History Of The Middle Ages: Scenes from the Town and Countryside of Medieval England

Between the 10th century and the Wars of the Roses in the mid-15th, England moved from the age of Saxon kings to the birth of the modern nation, and towns and trading cities emerged. With a wide range of firsthand accounts and anecdotes, Martyn Whittock shines new light on this extraordinary era; a conversation between a ploughman and his master illuminates 11th-century rural society, while an account of Dick Whittington underscores the rise of the urban elite. The diversity of medieval society is revealed in stories of Roger "the Raker" who drowned in sewage, the sufferings of Jews in Bristol, and the treatment of a "merman" imprisoned in Orford Castle.