The Lathe Of Heaven 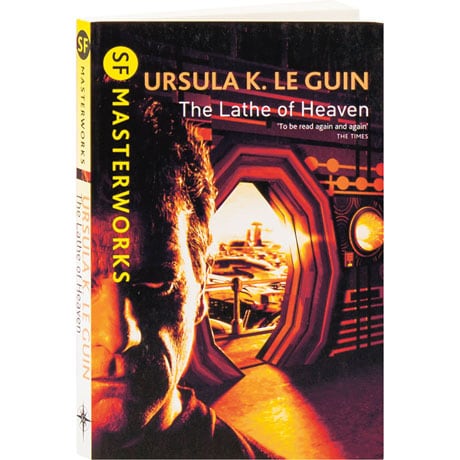 The Lathe Of Heaven

The world isn't perfect; people jostle for food in crowded cities, and there is unrest everywhere. But George Orr, a mild, otherwise unremarkable man, remembers a far worse one—a world that destroyed itself in a cataclysm, in which George, dying, fell asleep and dreamed. Winning the Locus Award, and a finalist for the Hugo and Nebula Awards, Ursula Le Guin's 1971 novel explores the nature of reality itself, and the human tendency to remake it, as George, wanting only to stop dreaming up more changes, is sent to a psychiatrist, who instead uses George's power to engineer a utopia.

"One of the best novels, and most important to understanding of the nature of our world…. The dream universe is articulated in such a striking and compelling way that I hesitate to add any further explanation to it; it requires none."—Philip K. Dick