The Word For World Is Forest 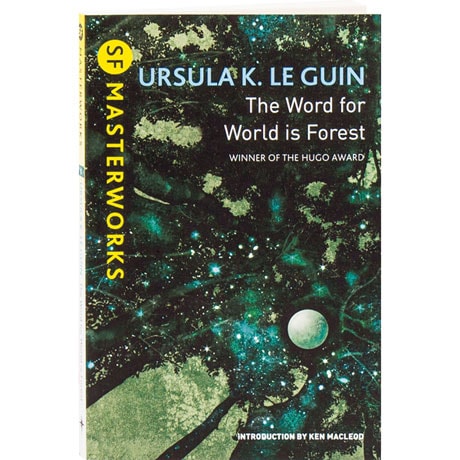 The Word For World Is Forest

First published in Harlan Ellison's anthology Again, Dangerous Visions, this 1972 novella earned Ursula Le Guin another Hugo Award, and was a finalist for the National Book Award. Unlike her more character-driven works, it explores the dynamic of an entire society; the gentle Athsheans live on a world with a single, heavily forested continent. Violence is unknown there, until the bloodthirsty invaders called Yumens arrive to take the trees, forcing the Athsheans into servitude. In desperation they unite to retaliate against their captors, but at the cost of their own culture—now that the Athsheans understand the wisdom of killing, there is no turning back.