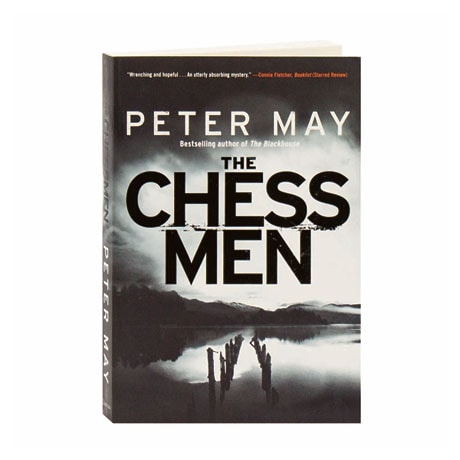 In this final book in Peter May's haunting Lewis Trilogy—following The Lewis Man and the Barry Award winner The Blackhouse, and itself a finalist for Theakston's Old Peculier Crime Novel of the Year—ex-inspector Fin Macleod has remained on the Isle of Lewis, now working as a security officer for a local landowner. While investigating illegal activity on the estate, Fin encounters poacher Whistler Macaskill, his childhood friend and former bandmate. The two then witness a freak natural phenomenon that drains a loch and reveals a wrecked plane—one they both recognize. It must contain the body of their friend Roddy Mackenzie, whose flight disappeared 17 years earlier. But Whistler's face betrays something other than shock, and an icy chill of apprehension overtakes Fin.