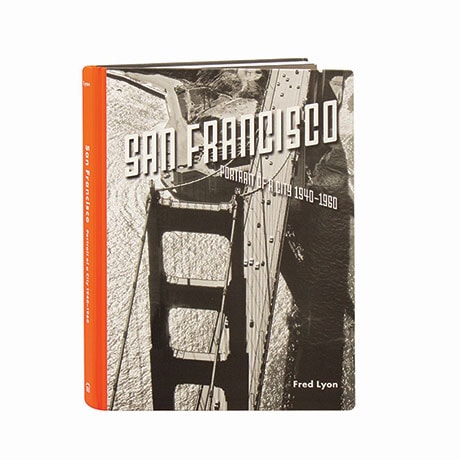 With a landmark around every corner and a picture perfect view atop every hill, San Francisco is one of the world's most picturesque cities, an American counterpart to Paris. Now 95, Fred Lyon came of age with the city, and he captured its mid-century postwar boom in dozens of crisp black and white photographs. As familiar as the Golden Gate Bridge, cable cars, and the impossibly steep streets may be, Lyon finds new angles on them, along with poetic images of children creating their own raft, crab fishermen at work, a Chinese New Year celebration, the San Francisco Ballet in performance, and painter Richard Diebenkorn relaxing in his Oakland studio.