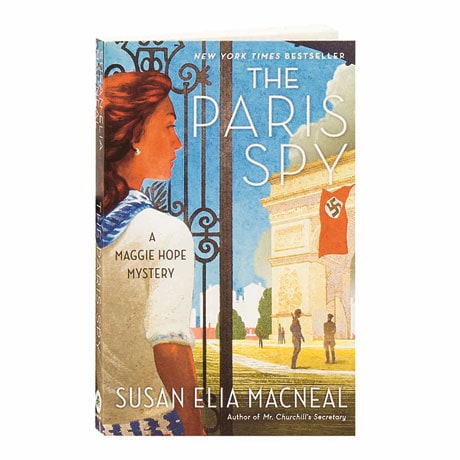 Maggie Hope has come a long way since her days as a typist for Winston Churchill. But wandering the eerily silent streets of Paris—where SS officers prowl in Mercedes limousines, and the Ritz is draped with swastika banners—she can't help longing for home. In her seventh thriller, after The Queen's Accomplice, Maggie needs to find out what happened to fellow SOE agent Erica Calvert and her research on Normandy, vital to Winston Churchill's plans for D-Day. Maggie also hopes to find her German half-sister Elise Hess—that is, if Elise even wants to be found.