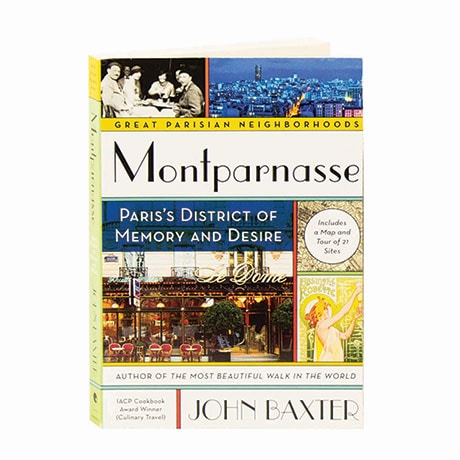 In the 1920s, Montparnasse had few rivals a cultural hub, and its bohemian atmosphere has long endeared it to artists and dreamers worldwide. In this reappraisal of this most glamorous of Paris's districts, John Baxter recounts the first meeting of Ernest Hemingway and F. Scott Fitzgerald; looks back on the attempted murder of Samuel Beckett by a total stranger; explains how Josephine Baker became an international sensation; and salutes the neighborhood's resistance to the German occupiers. Illustrated throughout with maps and black and white photographs, Baxter's book abounds with anecdotes about the figures who made Montparnasse into the mecca of modernism.