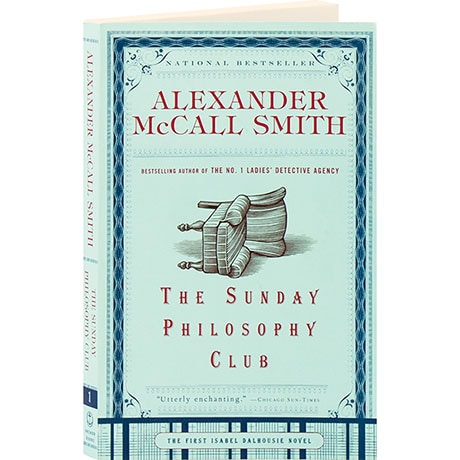 At once the nosiest and the most sympathetic philosopher you are likely to meet, 40-ish Isabel Dalhousie—half Scottish, half American—lives in a big old house in Edinburgh, where she has taken the editor's post at the Review of Applied Ethics and founded the Sunday Philosophy Club. From the author of The No. 1 Ladies' Detective Agency, this slightly mysterious, quietly philosophical series is "the literary equivalent of herbal tea and a cozy fire … a world of kindness, gentility, and creature comforts."—NYTimes

When a young man falls from the uppermost balcony of Edinburgh's Usher Hall, past Isabel Dalhousie's middle-tier seat and down to the floor far below, she thinks of Icarus dropping from the sky. This series debut is where we meet Isabel, and are first treated to her many such philosophical musings. And although she has been accused more than once of getting involved in problems that are, frankly, none of her business (by her no-nonsense housekeeper Grace, her romantically challenged niece Cat, and her bassoon playing friend Jamie, among others), Isabel can't help wanting to know if this poor boy slipped, threw himself, or was pushed.