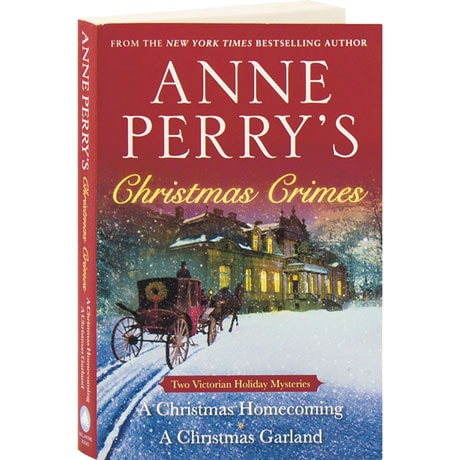 Starring peripheral characters from her Thomas and Charlotte Pitt or her William and Hester Monk series, Anne Perry's Christmas mysteries take us back to Victorian yuletide. Two standalone novels are paired here, each dramatizing a personal crisis. In A Christmas Homecoming, Charlotte Pitt's mother Caroline follows her husband Joshua Fielding to Whitby, where he is producing a lackluster stage adaptation of Bram Stoker's Dracula, when a black-cloaked stranger emerges to join the company. A Christmas Garland is set in a British garrison after the brutal 1857 Siege of Cawnpore, where Lt. Victor Narraway is assigned to "defend" a medical orderly being held as a rebel accomplice.