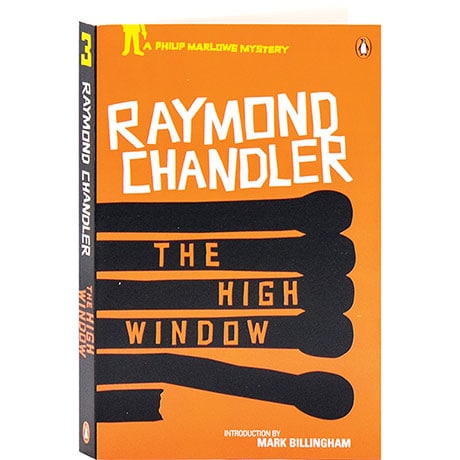 Philip Marlowe takes a case he soon wishes he hadn't, in this 1942 thriller. The wealthy Mrs. Murdock hires him to recover the Brasher Doubloon, a rare gold coin missing from her late husband's collection. The job becomes more complicated when Marlowe finds that everyone who handles the coin suffers a run of very bad luck: they always end up dead. Also unlucky is the trail of corpses this case is leaving around Los Angeles, right under the cops' noses. If Marlowe doesn't wrap this one up fast, he's going to end up in jail, if not in a wooden box. Though Raymond Chandler was 45 when he turned to writing, and put out only seven books and a collection of stories, he defined the hard-boiled detective thriller with this laconic private eye. Chandler's literate, shrewdly observed Philip Marlowe novels have inspired writers and filmmakers ever since, becoming classics beyond their genre.