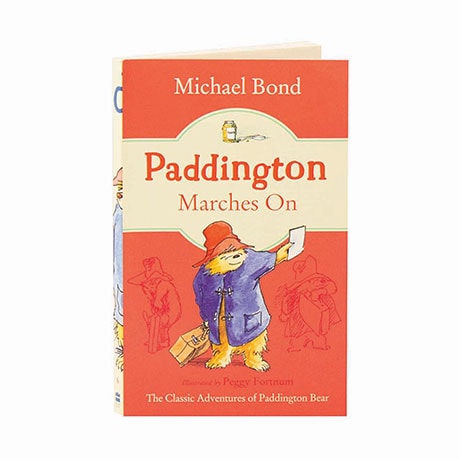 Paddington is just the kind of bear to volunteer for a tough job, whether it's defrosting Mr. Curry's plumbing or cleaning out the Browns' chimney—neither of which go quite as smoothly as hoped. In this 1964 collection of tales, his sixth, he is given the pair of Wellington boots that will become an essential part of his accustomed attire, and is also invited to a ceremony at a marmalade factory, where a bit of stickiness ensues. He even sails off on a return voyage to Darkest Peru—though not for too long, we hope. Since he first appeared in 1958, Michael Bond's furry refugee in duffle coat and battered hat has charmed his way into the hearts of children in Britain and around the world. While also a star of screen, television, and picture books, he remains best known from Bond's original series of chapter books for readers and listeners up to 11 and fans of all ages.