The Immortal Life Of Henrietta Lacks 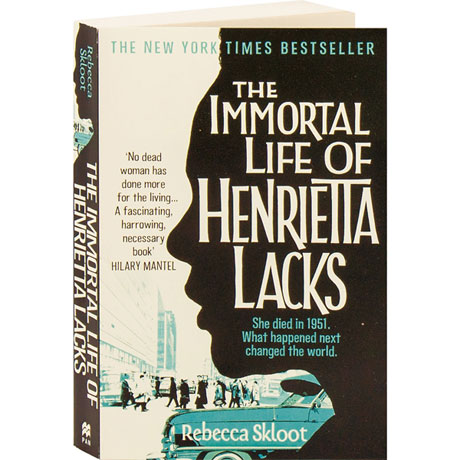 The Immortal Life Of Henrietta Lacks

A New York Times Notable Book of 2010 and on more than 60 other Best of the Year lists, including the Washington Post and Boston Globe, this superb exploration by science writer Rebecca Skloot captures the beauty and drama of scientific discovery, as well as its human consequences, in the story of a poor black woman whose cells were taken for biological research and are still alive 60 years after her death. Her name was Henrietta Lacks, but scientists know her as HeLa. She was a Southern tobacco farmer who worked the same land as her slave ancestors, yet her cells—taken without her knowledge—became one of the most important tools in medicine: the first "immortal" human cells grown in culture.