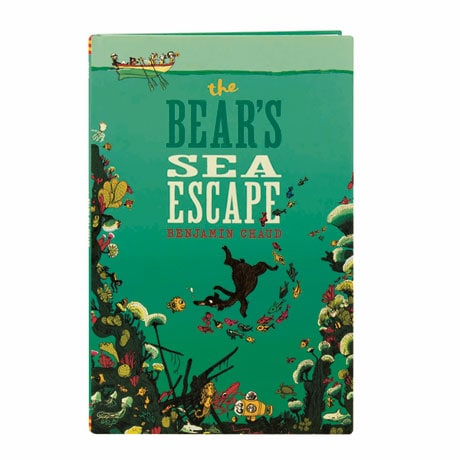 Utterly charming. First published in France, the book series that began with The Bear's Song sits between Babar and Busytown on the shelf of children's classics, with delightful echoes of both, yet possesses a quirky spirit all its own. Benjamin Chaud's tales of intrepid Papa Bear and Little Bear are full of oddly beguiling characters and crowded scenes of good-natured mayhem, in elegantly tall oversized editions that allow readers up to 8 (and any age, really) to immerse themselves in a richly imagined world.

If you are a bear, and you find yourself in a busy city, you might not want to hibernate among the toy bears in a department store. When an eager child takes Little Bear with him, Papa Bear dashes off in pursuit, through a train station, to the port, and then off on a cruise ship, in this sequel to The Bear's Song. Will Papa ever catch up with Little Bear? And will they ever find a place to take a nap?