Delhi And Agra: A Traveller's Companion 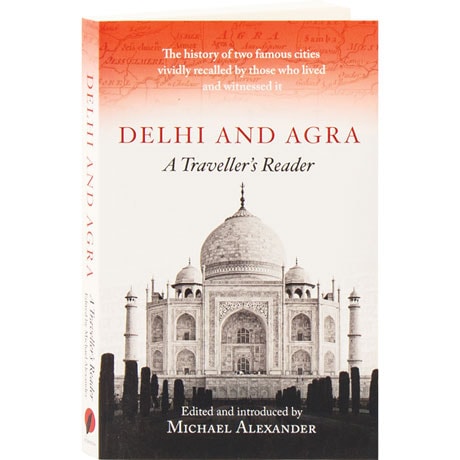 Delhi And Agra: A Traveller's Companion

Any travel guide can tell you the best hotels or places to get dessert, but this series instead offers a deep-dive into the history and culture of some of the world's most fascinating cities. Chockfull of excerpts from literary works, these books are worthy anthologies for the armchair traveler, or for those journeying abroad, here is a chance to better understand what makes these cities so compelling.

Delhi claims a noble history as the site of at least seven capitals dating from before the time of Alexander the Great. The glorious Mogul Empire brought great riches to the city and to Agra, where the world-famous Taj Mahal has stood in splendor for nearly 400 years. The entire region has always excited wonder on the part of visitors, and so here are selections by the likes of E.M. Forster, Robert Byron, Eleanor Roosevelt, Aldous Huxley, Emily Eden, and Peter Mundy. Also included are Tamerlane's description of the sack of Delhi in 1398; recollections of Jesuits and mullahs debating the relative merits of their religions before the great Mogul emperor, Akbar; descriptions of elephant fights; eyewitness accounts of the Indian Mutiny from both sides; and a survey of the bloody aftermath of Partition.