The Widows of Eastwick 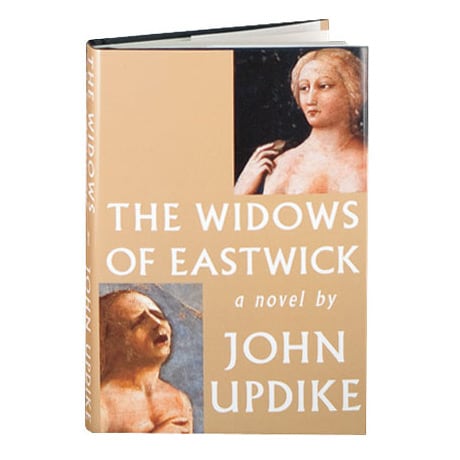 The Widows of Eastwick

After more than three decades, the witches of Eastwick—Alexandra, Jane, and Sukie, all now widowed after the deaths of the perfect men they conjured up—return for the summer to the Rhode Island seaside town they left behind, in this New York Times Notable Book. How the three cope with the lingering traces of their evil deeds, the shocks of a mysterious counter spell, and the advancing inroads of old age are at the center of this unexpected, delightfully ominous sequel to John Updike's 1984 satire The Witches of Eastwick.