Bomber County: The Poetry of a Lost Pilot's War 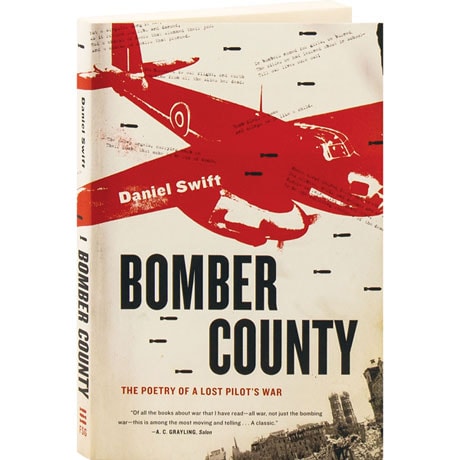 Bomber County: The Poetry of a Lost Pilot's War

In June 1943, James Eric Swift, a pilot with the 83rd Squadron of the Royal Air Force, boarded his Lancaster bomber for a night raid on Münster—and disappeared, never to return. Much like the trenches of the Great War, aerial bombardment was World War II's shocking new form of warfare, frightening for everyone involved, and carried out at a terrible cost. In researching the life of his grandfather, Daniel Swift became engrossed with the connections between air war and poetry. Ostensibly a search for a lost ancestor through military and civilian archives and in interviews conducted in the Netherlands, Germany, and England, Swift's book is an also investigation into the experience of bombing and being bombed, and how literature attempts to capture such unfathomable experiences.