Homing: On Pigeons, Dwellings, and Why We Return 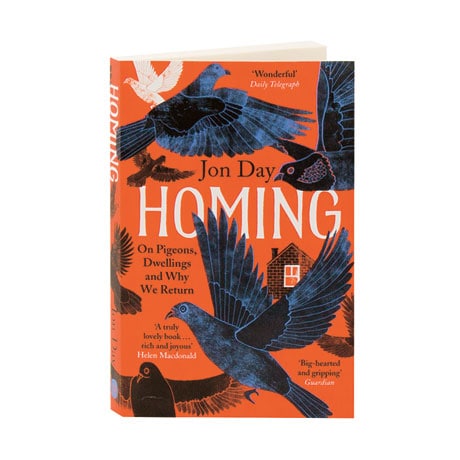 Homing: On Pigeons, Dwellings, and Why We Return

As a boy, Jon Day was fascinated by pigeons, which he used to rescue from the streets of London. When he later moved to the suburbs to start a family, he began to lose a sense of what it meant to feel centered. Eventually deciding to build a coop in his garden, Day learned to train and race pigeons, hoping that they might help him to feel reconnected. Too often, these birds are considered vermin, and so Day extols the overlooked beauty of this species, delving into the curious world of pigeon fancying, exploring the scientific mysteries of animal homing, and tracing the cultural, political, and philosophical meanings of home.

"Rich and joyous.... The book's quiet optimism about our ability to change, and to learn to love small things passionately, will stay with me for a long time."—Helen Macdonald