Zona: A Book About a Film About a Journey to a Room 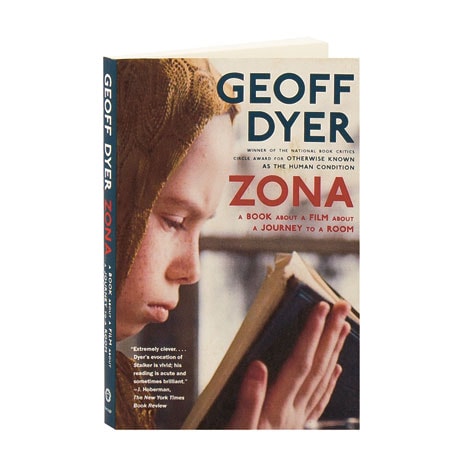 Zona: A Book About a Film About a Journey to a Room

In But Beautiful, Geoff Dyer found a fresh way to write about jazz, while in White Sounds, he upended conventional travel writing. As a film critic, Dyer is no less creative, and here he turns his lens on Andrei Tarkovsky's 1979 science fiction classic Stalker. As Dyer guides us into the zone of Tarkovsky's imagination, we realize that the film is only the entry point for a radically original investigation of world cinema that touches on the enduring questions of life, faith, creativity, and how to live.

"Penned with great linguistic flair, in a non-academic, conversational tone.... It turns Zona from film criticism into a stranger, more amusing study."—Independent on Sunday (London)