Mars: Our Future on the Red Planet 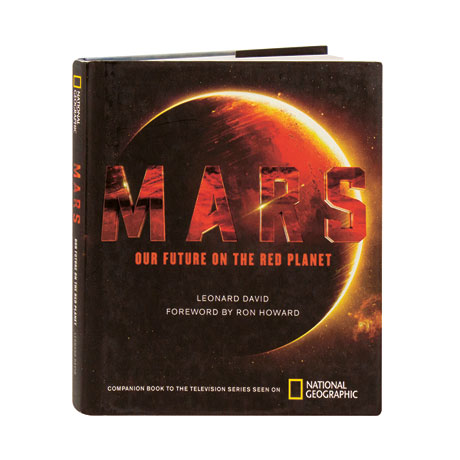 Mars: Our Future on the Red Planet

Without a doubt, the next frontier in space exploration is Mars, the mysterious red planet that is tens of millions of miles away. This companion book to the National Geographic Channel series visualizes the next 25 years, as humans potentially land on Mars, and eventually attempt to live there. Filled with dozens of vivid color photographs taken on Earth, in space, and on Mars, this book offers a guided tour of the red planet and a look at the real science behind the fictionalized show. In the foreword, executive producer Ron Howard comments on his own enthusiasm for Mars and the quest to land astronauts there in the not too distant future.

"This big, welcoming book—brimming with mind-revving photographs and artists' conceptions and written with verve and precision by David—provides the foundation on which the scientifically rigorous, speculatively imaginative series was built." —Booklist