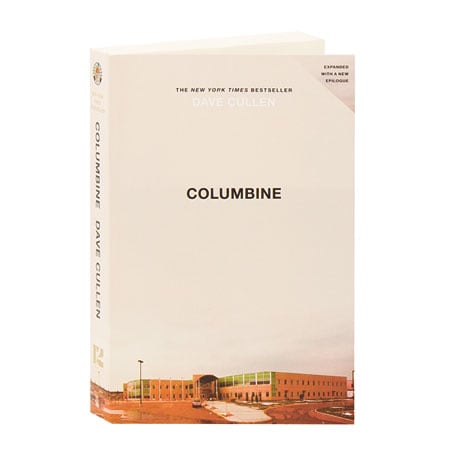 What really happened at Columbine High School on April 20, 1999? The horror left an indelible stamp on the American psyche, but most of what we "know" is wrong—it wasn't about jocks, Goths, or the Trench Coat Mafia. With a keen psychological acumen, Cullen—one of the first reporters on scene—draws on insight from forensic psychologists and Eric Harris and Dylan Klebold's own words and drawings, several of which are reproduced in a new appendix. Ten years in the making, Cullen's account paints raw portraits of two polar opposite killers, and highlights the flashes of resilience and redemption among the survivors.

"Comprehensive.... It's a book that hits you like a crime scene photo, a reminder of what journalism at its best is all about. Cullen knows his material from the inside.... His perspective is what resonates."—LA Times