The Dead And Those About To Die: D-Day: The Big Red One at Omaha Beach 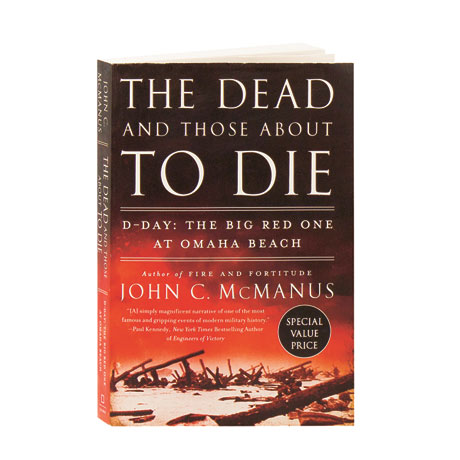 The Dead And Those About To Die: D-Day: The Big Red One at Omaha Beach

Nicknamed the Big Red One, 1st Division had fought from North Africa to Sicily, earning a reputation as stalwart warriors on the front lines and rabble-rousers in the rear. Yet on D-Day, these combat veterans melded with fresh-faced replacements to accomplish one of the most challenging missions ever. As the men hit the beach, courageous heroes emerged. Here John McManus profiles Raymond Strojny, who grabbed a bazooka and engaged in a death duel with a fortified German antitank gun; former minor-league pitcher Joe Pinder, who braved enemy fire to save a vital radio; and the sportswriter and truck driver who joined forces to safeguard Easy Red, where hundreds of Americans had landed.