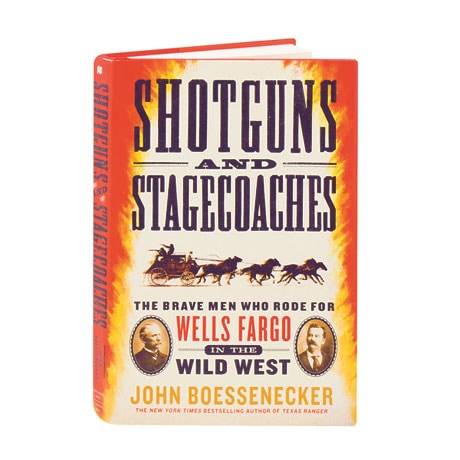 The phrase "riding shotgun" was no game to the men who guarded the Wells Fargo stagecoaches and trains of the Western frontier. Armed with sawed-off, double-barreled shotguns and an occasional revolver, these express messengers guarded valuable cargo through lawless terrain. Here John Boessenecker introduces quick-thinking heroes like "Chips" Hodgkins, an express rider known for his white mule and his ability to outrace his competitors, and Henry Johnson, the first Wells Fargo detective. In this colorful account, here too are their nemeses, Black Bart—the most infamous stagecoach robber of all time—and Butch Cassidy's gang, who became America's most legendary train robbers.