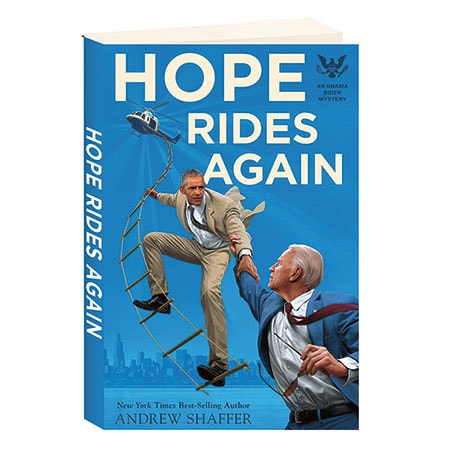 They were out of the White House (at the time, anyway!) but they were still eager to tackle America's problems. Forget about Holmes and Watson, because in this witty, affectionately written series, President Barack Obama team ups with Vice-President Joe Biden to solve crimes.

Following a book tour, Joe Biden visits his old pal Barack Obama in Chicago, in this sequel to Hope Never Dies. After Obama's prized Blackberry is stolen, the number-one suspect winds up full of lead on the South Side. Joe and Obama race to find the shooter, only to uncover a vast conspiracy that goes deeper than the waters of Lake Michigan—which is exactly where they'll spend the rest of their retirement if they're not careful.