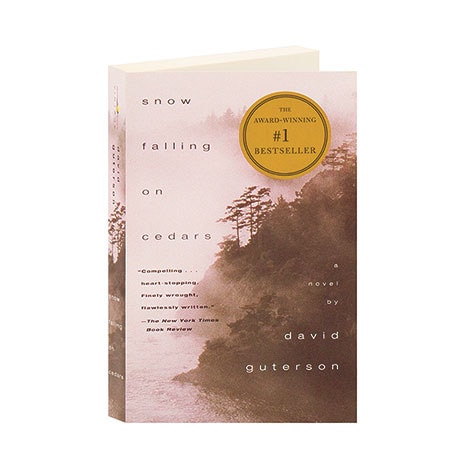 North of Puget Sound, San Piedro Island is a community so isolated that no one there can afford to make enemies. But in 1954, experienced fisherman Carl Heine is found drowned, and Kabuo Miyamoto is charged with his murder. David Guterson's superb debut novel—winner of the 1995 PEN/Faulkner Award, and the basis for the Oscar nominated film of the same name—unfolds as a courtroom drama, revealing old resentments, broken promises, and deep prejudices in the wake of both World War II and the forced relocation of Japanese Americans to an internment camp. Local newspaperman Ishmael Chambers covers the trial, made even more personal for him because Kabuo's wife Hatsue was Ishmael's first and only love.