America's War For The Greater Middle East: A Military History 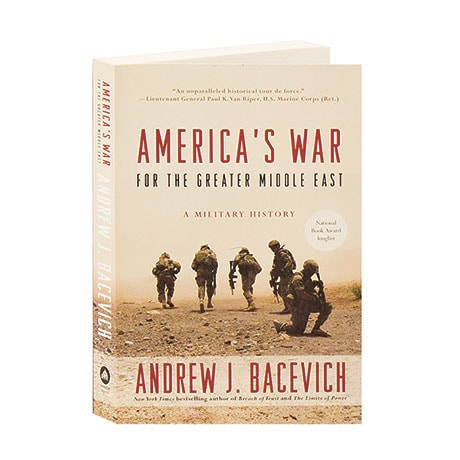 America's War For The Greater Middle East: A Military History

From the end of World War II until 1980, virtually no American soldiers were killed in action while serving in the Middle East. Since 1990, almost none have been killed anywhere else. What caused this shift? The founder of the Quincy Institute for Responsible Statecraft, Andrew Bacevich offers an incisive history of a military enterprise now more than 30 years old. Broadening the scope of the issue, this narrative connects the Beirut bombing of 1983, the Mogadishu firefight of 1993, the 2003 invasion of Iraq, and the rise of ISIS in the present decade. Understanding what America's costly military incursions have wrought requires seeing these events as parts of a single war, argues Bacevich—one that has become a monumental folly.