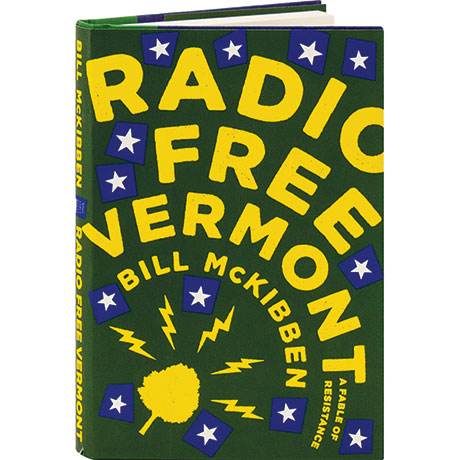 As the host of Radio Free Vermont ("underground, underpowered, and underfoot"), 72-year-old Vern Barclay uses his radio show to pitch the idea that Vermont must secede from the United States and operate under a free economy. But Vern is also a fugitive from the law, so with the help of young computer prodigy Perry Alterson, he currently broadcasts from an "undisclosed and double-secret location." In Bill McKibben's "shrewdly uproarious and provocative" debut novel (Booklist), activists might dismiss middle school children early in honor of Ethan Allen Day, or hijack a Coors Light truck to replace the stock with a local brew.