A Brief History Of The Crusades: Islam and Christianity in the Struggle for World Supremacy 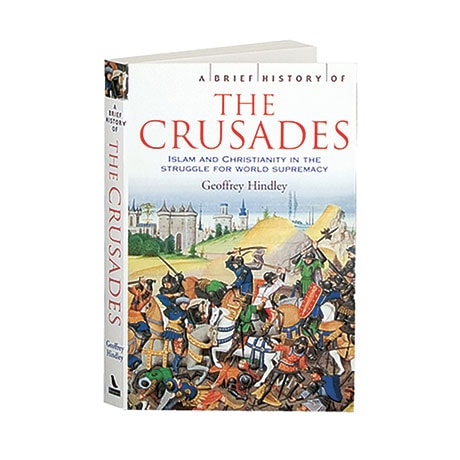 A Brief History Of The Crusades: Islam and Christianity in the Struggle for World Supremacy

Why did the medieval Catholic Church bless William of Normandy's invasion of Christian England in 1066? How could a Christian army sack Christian Constantinople in 1204? Geoffrey Hindley unravels the story of the Christian military expeditions that have perturbed European history and embittered Muslim attitudes towards the West. His lively record of the Crusades includes portraits of major figures from Godfrey of Bouillon, the first Latin ruler of Jerusalem, to Étienne, the visionary French peasant boy who inspired the tragic Children's Crusade.

"We are clearly entering a new phase of an old war. Hindley's book fills in the historical background to it and should be widely read."—Paul Johnson