Drug Warrior: Inside the Hunt for El Chapo and the Rise of America's Opioid Crisis 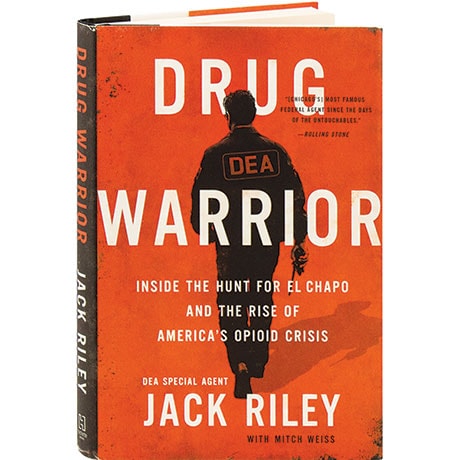 Drug Warrior: Inside the Hunt for El Chapo and the Rise of America's Opioid Crisis

The grandson of a Chicago cop known for using his fists, Jack Riley was born to be a D.E.A. crusader; Joaquín "El Chapo" Guzmán Loera, who farmed marijuana and opium poppies as a teenager in Mexico, was born to be a drug lord. Here Riley recounts his decades-long hunt for one of the world's most wanted criminals, a ruthless competitor who foresaw America's spiraling opioid epidemic and manipulated supply to increase demand. Reading like a modern-day version of The Untouchables, Riley's story culminates as he and his fellow agents win their greatest victory: the capture and extradition of his long-time nemesis.