The Trial Of Lizzie Borden: A True Story 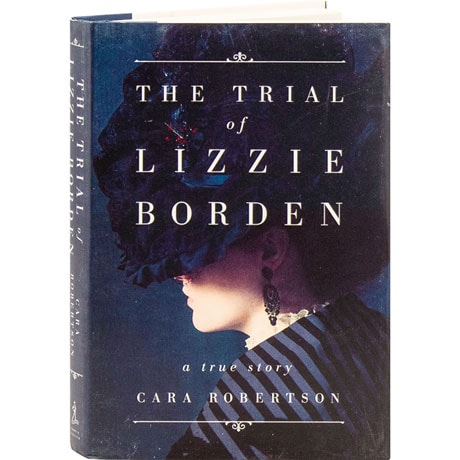 The Trial Of Lizzie Borden: A True Story

When Andrew and Abby Borden were brutally hacked to death in Fall River, Massachusetts, in August 1892, the arrest of the couple's younger daughter Lizzie turned the case into international news, and her murder trial into a spectacle unparalleled in American history. As Cara Robertson recounts here, reporters flocked to the scene, columnists took up conspicuous seats in the courtroom, and the defendant was relentlessly scrutinized for signs of guilt or innocence. Everyone—rich and poor, suffragists and social conservatives, legal scholars, and laypeople—had an opinion about Lizzie Borden's guilt or innocence. Was she a cold-blooded murderess or an unjustly persecuted lady? Did she or didn't she?

"With deft storytelling and convincing scholarship, Cara Robertson does the seemingly impossible by bringing new life to perhaps our oldest true-crime saga.... By giving us Fall River, Massachusetts, in full and in context, as well as the panoply of characters who made the trial so sensational, Robertson has written that rarest of things: a page-turner with a point."—Jon Meacham