Lighting The Fires Of Freedom: African American Women in the Civil Rights Movement 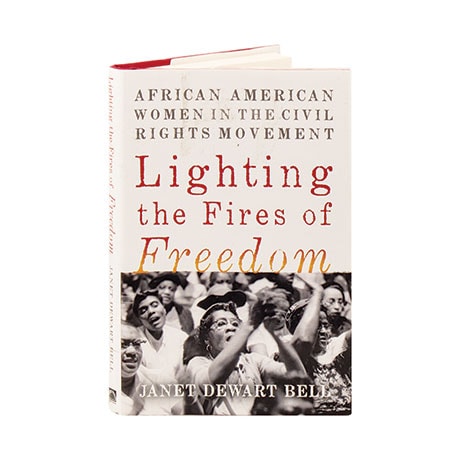 Lighting The Fires Of Freedom: African American Women in the Civil Rights Movement

During the civil rights movement, African American women did not stand on ceremony; they simply did the work that needed to be done. Yet despite their significant contributions at all levels of the movement, they remain mostly invisible to the larger public. Beyond Rosa Parks and Coretta Scott King, most Americans would be hard-pressed to name other leaders at the community, local, and national levels. Through wide-ranging conversations with nine women—several now in their nineties— Janet Dewart Bell shares decades of untold stories of extraordinary struggles for justice that resulted in profound social change, stories that are vital and relevant today.