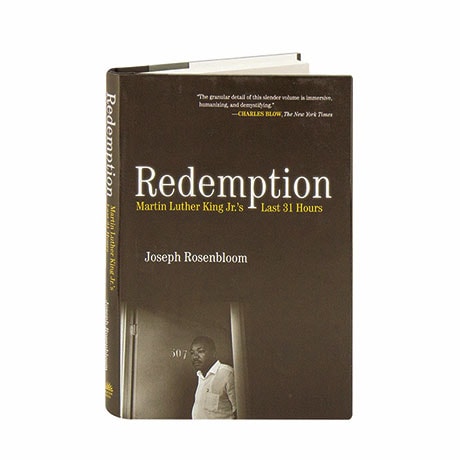 After a recent strike had turned into a riot, Dr. Martin Luther King, Jr., landed in Memphis on April 3, 1968, returning to prove that he could lead a violence-free protest. Even as the civil rights leader's popularity and influence were ebbing, he was launching the Poor Peoples Campaign. Taking an intimate look at the last 31 hours and 28 minutes of King's life, Joseph Rosenbloom draws on dozens of interviews to re-create MLK's masterful "Mountaintop Speech"—an eloquent and passionate appeal for workers' rights and economic justice—and reveals the series of extraordinary breaks that aided James Earl Ray's assassination plot.

"[An] absolute thriller.... Rosenbloom walks us through an American tragedy.... King comes to life in death—a courage ever so inspiring."—Ibram X. Kendi