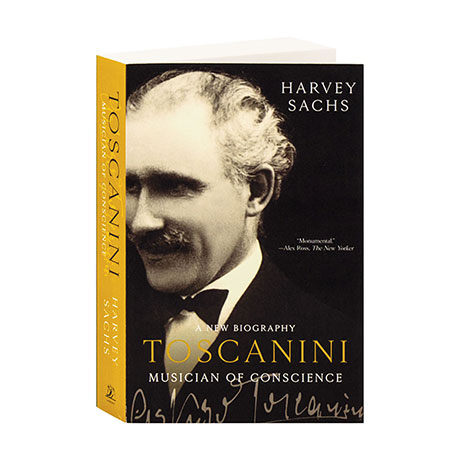 It may be difficult to imagine today, but Arturo Toscanini—recognized widely as one of the most celebrated conductors of the 20th century—was also among the most famous people in the world in the 1950s. Legendary for his fierce dedication but also for his explosive temper and his numerous affairs, Toscanini was incapable of separating his career from his own desires. And yet, as Harvey Sachs notes in this definitive biography, the maestro was also a man of conscience; he ignored threats and refused to play the fascist national anthem, and in the late 1930s, Toscanini journeyed to Palestine to establish an orchestra comprised of Jewish refugee musicians.