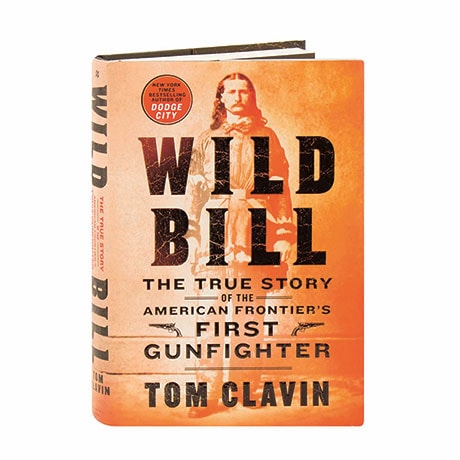 In July 1865, "Wild Bill" Hickok killed Davis Tutt in Springfield, Missouri, in the first reported quick-draw duel on the frontier, making him a marked man to any gunslinger seeking to be "the fastest gun in the West." Here the author of Dodge City dispels the legends surrounding this Union spy, scout, lawman, gunfighter, gambler, and showman—many of them seeded by Hickok himself—in an account filled with figures like General George Custer, Buffalo Bill Cody, and "Calamity Jane" Cannary.

"[Tom Clavin] tacks up the truth like wanted posters in every chapter, while simultaneously savoring a few of the more fanciful falsehoods along the way, a neat trick in which he displays some ambidexterity of his own."—NYTBR