Undisclosed Files Of The Police: Cases From the Archives of the NYPD from 1831 to the Present 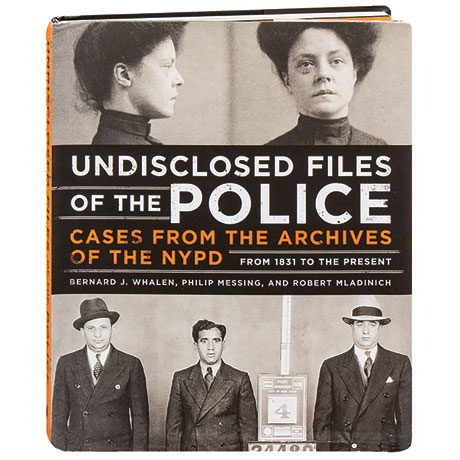 Undisclosed Files Of The Police: Cases From the Archives of the NYPD from 1831 to the Present

Compulsively fascinating, this oversized album by an NYPD lieutenant, a former detective, and a crime reporter re-opens more than 80 case files of notorious bombings, heists, frauds, mob hits, and murders in New York City, illustrated with hundreds of rarely seen file photos. See evidence and events like the 1878 Manhattan Bank Robbery (whose planner died long before the heist was made), the elaborate plot uncovered by America's first female detective (1912), the postcard sent by the Lindbergh baby kidnapper (1932), the face of George "Mad Bomber" Metesky (1940), the bank robbery that inspired the film Dog Day Afternoon (1972), and the SUV used in Faisal Shahzad's failed Times Square bombing (2010).