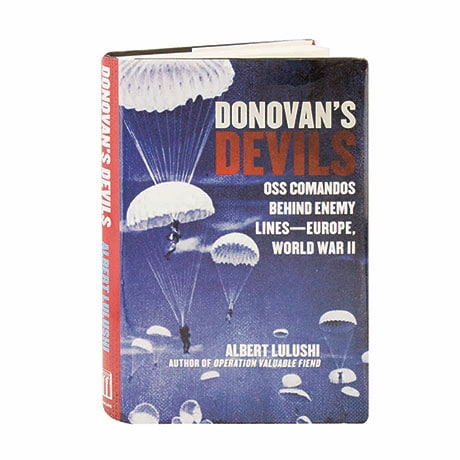 Created under the command of William Donovan, the OSS—Office of Strategic Services—has been celebrated for its cloak-and-dagger operations during World War II and as the precursor of the CIA. Here Albert Lulushi tells of the soldiers, many of them recruited from among first- and second-generation immigrants, who volunteered for dangerous duty behind enemy lines and risked their lives across Europe. Based on declassified OSS records, personal collections, and oral histories of participants from both sides of the conflict, Lulushi also provides a detailed narrative of the ill-fated Ginny mission, which resulted in the one of the OSS's gravest losses of the war.