The Catalogue Of Shipwrecked Books: Christopher Columbus, His Son, and the Quest to Build the World's Greatest Library 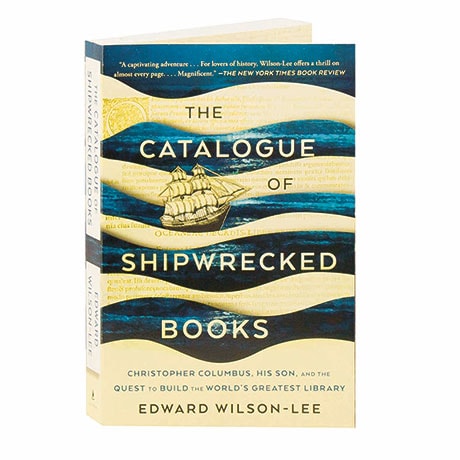 The Catalogue Of Shipwrecked Books: Christopher Columbus, His Son, and the Quest to Build the World's Greatest Library

At the peak of the Age of Exploration, Hernando Colón traveled with his father, Christopher Columbus, on his final voyage to the New World, a journey that ended in disaster, bloody mutiny, and shipwreck. After Columbus's death in 1506, the 18-year-old Colón sought to continue his father's campaign to explore the boundaries of the known world by building a library that would collect everything ever printed, even material often dismissed as ephemeral trash: song sheets, erotica, newsletters, romances, and fables. As the author of Shakespeare in Swahililand details here, the loss of part of Colón's collection to another maritime disaster in 1522 set off his final scramble to complete this sublime project, a race against time to realize a vision of near-impossible perfection.