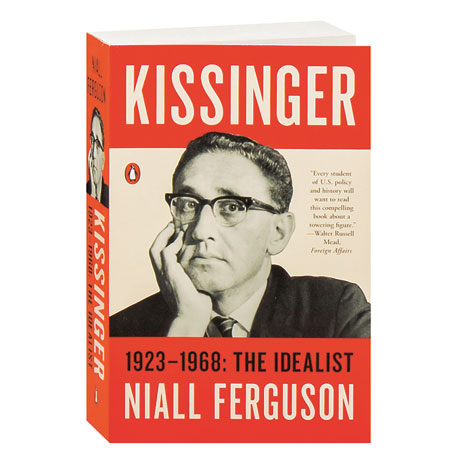 Alternately admired as a wise yet pragmatic statesman and derided as a Machiavellian warmonger, Henry Kissinger remains one of America's most influential political figures. While much of Kissinger's later career is well known, this first book in a two-volume biography—which features 32 pages of black and white photographs—by the author of The Ascent of Money and The Pity of War follows the future secretary of state from his birth in Weimar Germany to his 1938 flight from the Third Reich, and from his World War II service with the American Army to his long-term role as advisor to Nelson Rockefeller.