The Stolen Gold Affair: A Carpenter and Quincannon Mystery 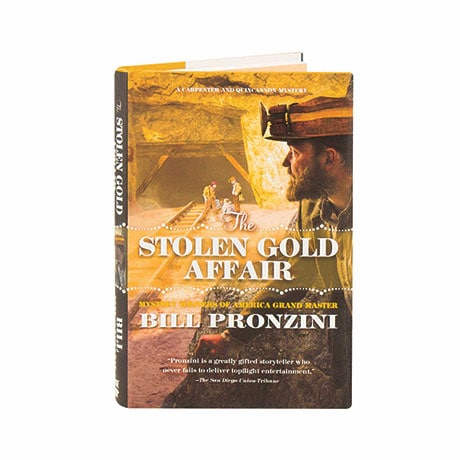 The Stolen Gold Affair: A Carpenter and Quincannon Mystery

In response to a string of gold thefts in a Mother Lode mine, John Quincannon goes undercover as a newly-hired miner to identify and capture the men responsible. Down in the mines, however, Quincannon is among some shady characters, and can't let his guard down for a moment. In this eighth installment in Mystery Writers of America Grand Master Bill Pronzini's detective series (after The Flimflam Affair)—set in 1898 San Francisco—Sabina Carpenter is making plans for her and Quincannon's wedding, but also investigating both an audacious real estate scam and an abusive young man with a secret who has warned Sabina to stay out of his business.