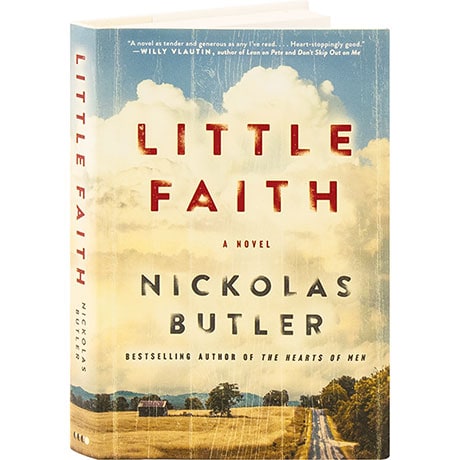 Living their golden years in rural Wisconsin, Lyle and Peg Hovde are delighted when their estranged daughter Shiloh moves back in, bringing her 6-year-old son, Isaac. While she was away, Shiloh has become deeply involved with an extremist church, and the pastor courting her is convinced that Isaac has the spiritual ability to heal the sick. While reckoning with his own faith—or lack thereof—Lyle soon finds himself torn between his unease about the church and his desire to keep his daughter and grandson in his life. But when the church's belief system threatens Isaac's safety, Lyle is forced to make a decision from which the family may not recover.

"A beautifully realized meditation on the nature of parenting and living in a perplexing (and often cruel) world."—Library Journal (starred review)