Death Ride Of The Panzers: German Armor and the Retreat in the West, 1944-45 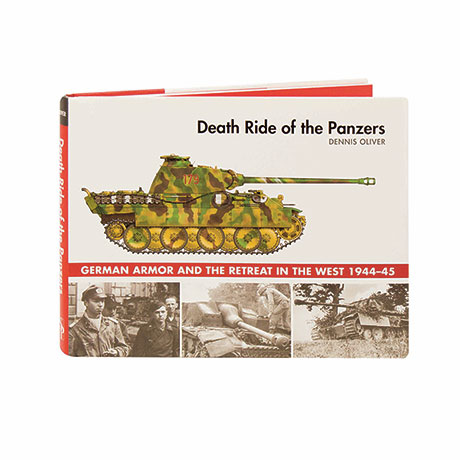 Death Ride Of The Panzers: German Armor and the Retreat in the West, 1944-45

By 1944, Germany's tanks continued to be a force to be reckoned with, but the Allies' D-Day landings put them permanently on the defensive; in the hands of skilled commanders, these weapons undeniably postponed the inevitable. Taking a comprehensive look at the Nazis' last hope, Dennis Oliver traces how tanks were used in the final stages of the War in the West. This magisterial survey is also a guide, and dozens of tanks appear in bold color illustrations and archival photographs, while maps and graphs clarify which tanks were used in the final battles of the war.