Lee's Last Campaign: The Story of Lee and His Men Against Grant - 1864 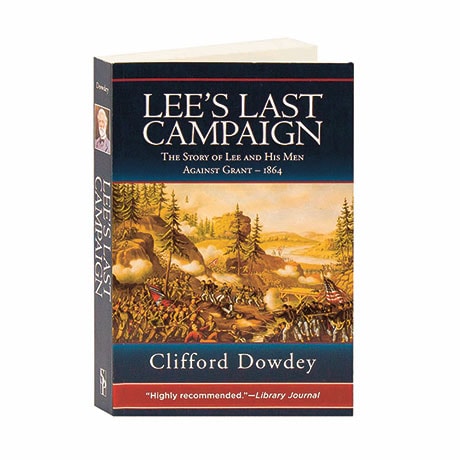 Lee's Last Campaign: The Story of Lee and His Men Against Grant - 1864

By May 1864, General Robert E. Lee had been transformed from a young soldier into a gray-haired patriarch of the Confederate cause. As Lee struggled to keep his ragged soldiers alive, he faced pressure from Grant's Union Army, which not only had superior numbers, but a steadfast infra-structure of railroads and industrialized supply routes. First published in 1960, Clifford Dowdey's elegantly written analysis of General Lee's military strategy follows the triumphs and tragedies of the Army of Northern Virginia as it breathed its last gasps at the end of the Civil War.