The Trial Of Adolf Hitler: The Beer Hall Putsch and the Rise of Nazi Germany 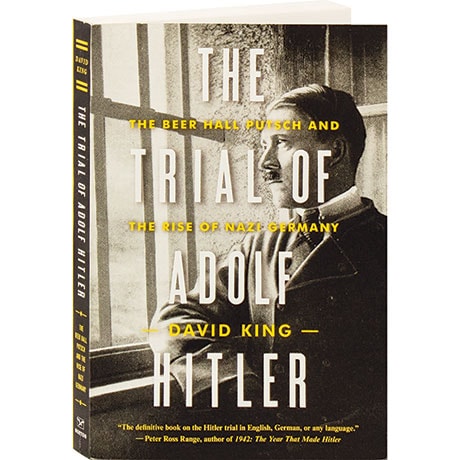 The Trial Of Adolf Hitler: The Beer Hall Putsch and the Rise of Nazi Germany

Although Adolf Hitler never had to answer for his countless war crimes, it was ironically a trial for treason that launched his reign of terror. After the Beer Hall Putsch, his failed coup in Munich, Hitler was thrust onto the world stage at his spectacular 1924 trial, where he turned the witness chair into a platform for his demagoguery. Not only did he transform the fiasco into a stunning publicity victory for the fledgling Nazi Party, his brief prison sentence gave him the time to dictate his manifesto Mein Kampf, and he began to legitimize his political ambition upon his release. David King re-creates this pivotal moment in German history in riveting detail.