Citizen 865: The Hunt for Hitler's Hidden Solders in America 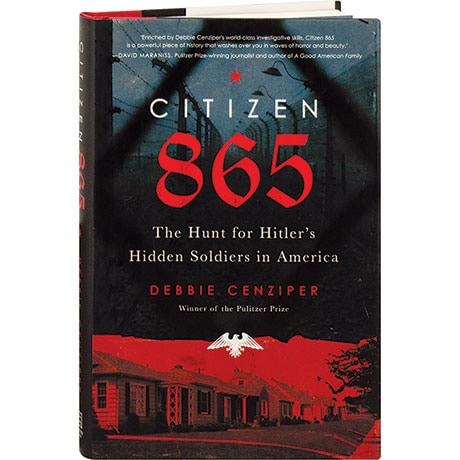 Citizen 865: The Hunt for Hitler's Hidden Solders in America

In 1990, two historians made a startling discovery in a Prague archive: a Nazi roster from 1945 containing more than 700 names, a key to the most lethal killing operation in World War II. The S.S. set up a school for mass murder in the tiny Polish village of Trawniki, recruiting 5,000 men to help annihilate the Jewish population. As Pulitzer Prize-winning journalist Debbie Cenziper chronicles here, after the war, two Jewish orphans settled in the United States, only to learn that some of the Trawniki men had followed, escaping prosecution as they blended into communities across America. A tenacious team of prosecutors and historians pursued these war criminals, engaging in a decades-long battle to remove them from U.S. soil.