Gateway To The Moon 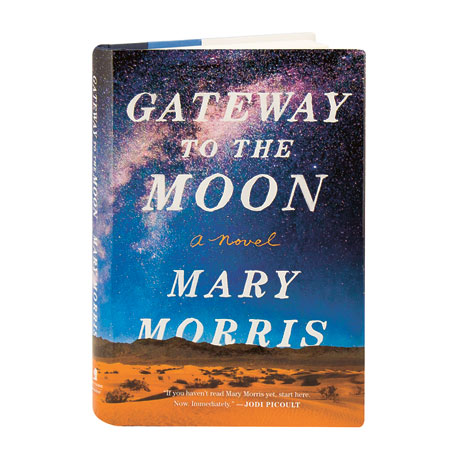 Gateway To The Moon

In 1492, Columbus sailed for the New World, and Spain expelled their Jews and Muslims. But Luis de Torres kept his Jewish traditions secret, and went with Columbus as an interpreter; his descendants eventually settled in the hills of New Mexico. Five centuries later, young Miguel Torres looks to the stars, yet can't comprehend the mystery that surrounds him and his dirt-poor hometown, Entrada de la Luna—Gateway to the Moon. But when he finds work with the Rothsteins from New York, he discovers they practice some of the same inexplicable rituals of his own family. A past winner of the Rome Prize and the Ainsfield-Wolf Award, Mary Morris give us a moving portrait of a family and a people through the centuries.

"A story about exploration—between the past and the present, between faith and truth, between the heavens and the earth. If you haven't read Mary Morris yet, start here. Now. Immediately."—Jodi Picoult