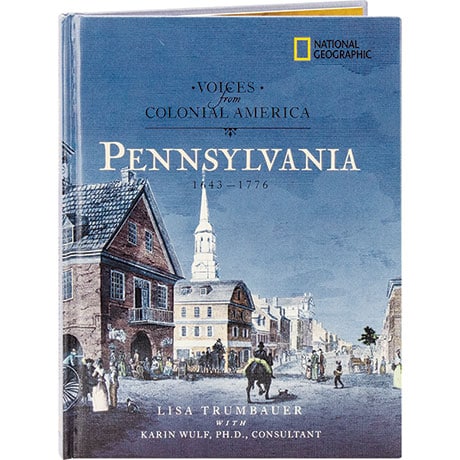 Founded on the ideal of religious tolerance and with great reverence for the Native Americans who inhabited the region, William Penn's "holy experiment" inspired the colony's settlers with a vision of freedom that was reflected in the Declaration of Independence and the American Revolution. Telling Penn's story and that of Benjamin Franklin, this book also discusses intriguing lesser known figures like Mary Jemison, a captive of the Shawnee who later opted to assimilate into their tribe.