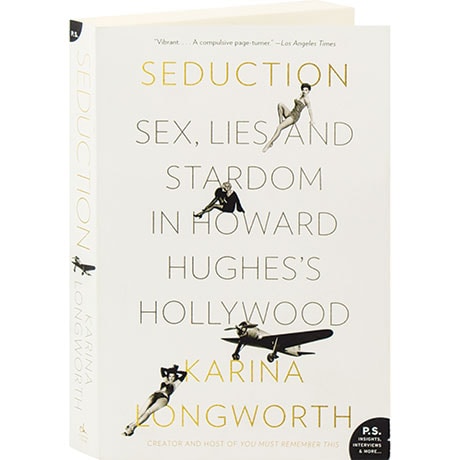 Even as Hollywood has awakened to the grim reality of sexual harassment, Karina Longworth reminds us that a century ago there was Howard Hughes—the Texas millionaire, pilot, filmmaker, and womanizer whose conquests included Katharine Hepburn, Ava Gardner, and Lana Turner. Battling censors as he promoted bombshells like Jean Harlow and Jane Russell, Hughes made a hefty profit on male desire as he objectified women. Yet as Longworth reveals here, there were also women pulled into Hughes' grasp who never made it to the screen, virtually imprisoned by an increasingly paranoid Hughes, who retained private investigators, security personnel, and informers to make certain these actresses would not escape his clutches.